He has been working for our direct marketing agency in Herzebroch since 1 October 2000 and assured the team in his speech that he did everything right when he joined company. From the very beginning, he has dedicated himself to the topics of print-marketing and new customer acquisition and has earned himself a certain expert status in the direct marketing industry. We, Detlef Bopp and Michael Kuhlmeyer as managing directors, as well as the rest of our colleagues congratulate Wolfgang Thiele on his anniversary and thank him for his competent, reliable way of working and always being open for a frank word.

„Wolfgang Thiele has contributed significantly to the agency´s lasting success with his professional know-how, his personality and his good rapport with business partners and colleagues“ Detlef Bopp emphasises. 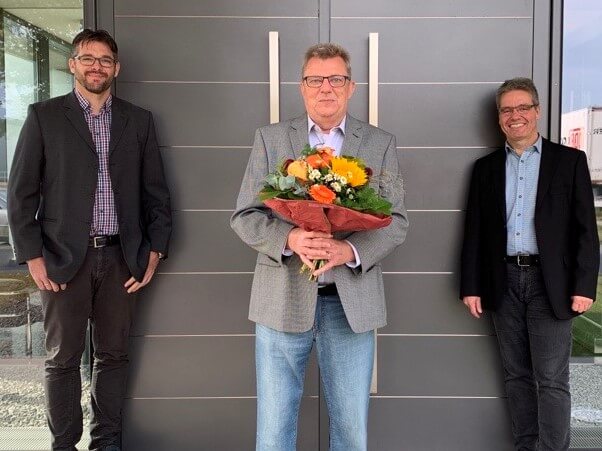 Michael Kuhlmeyer and Detlef Bopp (back from left) congratulate Wolfgang Thiele on his anniversary.